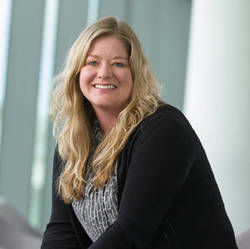 The brain has been called science’s last frontier. The very epicenter of what distinguishes humans from other life forms, the brain remains largely uncharted territory. The potential mysteries yet to be solved are what attracted Jerri Rook, PhD, Assistant Professor of Pharmacology at Vanderbilt University, to neuroscience research.

Since 2011, she has been focused on the brain chemistry of Alzheimer’s’ disease, a field where there are still more questions than answers. “There is a huge unmet need for treatments. Alzheimer’s will be an increasing burden as society ages, complicated by the fact that these days families don’t live as close to each other,” Dr. Rook says.

The cause of Alzheimer’s remains unknown, she adds, although we are learning more about the brain circuitry that affects cognition. One chemical in the brain in particular, acetylcholine (ACh), is known to be closely linked with memory deficits. It appears that in Alzheimer’s disease, lesser amounts of ACh are available in the brain. Dr. Rook’s therapeutic approach is to increase the activity of a specific target of ACh in the brain, the muscarinic acetylcholine receptor subtype 1 (M1), to reverse the cognitive symptoms related to Alzheimer’s disease.

Dr. Rook and her research team have identified a candidate drug that is highly selective in increasing this activity. She is enthusiastic about the potential it may hold for treating Alzheimer’s disease by ameliorating the heartbreaking dementia associated with this progressive neurodegenerative disorder.

“Initially we couldn’t help but be skeptical,” she says. “These compounds have been pursued by many others unsuccessfully. But now we are very excited because we continue to find more and more consistent results.”

Dr. Rook and her team are not the first or the only researchers to be targeting ACh transmission as a therapeutic approach. She anticipates encountering serious competition in the race to market, including a similar drug already in clinical trials. Dr. Rook says she is looking to Harrington Discovery Institute and the Innovation Support Center‘s “unprecedented degree of expertise” to help her successfully cross the Valley of Death.

She stays positive and motivated by looking to the future, one without the devastation wrought by Alzheimer’s disease.

With the intensive research and responsibility her daily work entails, Dr. Rook seeks peace and relaxation in the outdoors whenever she can. An avid outdoors-woman, she tries to leave the lab behind occasionally and re-energize by playing volleyball, kayaking and hiking the lush countryside around Nashville.

“What would be most rewarding would be to get a new drug into the clinic that actually makes a difference.”