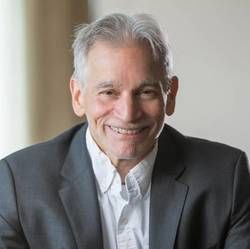 RP is a group of rare genetic disorders that involve a breakdown and loss of cells in the retina, with vision worsening until usually only a small area of central vision remains—akin to looking through a straw.

Often all vision is eventually lost. Studies of the developing retina showed that the rods and the cones originate from the same progenitor, but a molecular switch, called NR2E3, makes the cells become rods. “Since RP starts in the rods, we thought that if we could convert the rods to cones, the newly formed rod-cone hybrid cells might not die from the disease,” Dr. Reh says. “So we looked for drugs that could inhibit the function of NR2E3, and discovered a small molecule we dubbed Photoregulin3 that seems to work.”

In mice, Photoregulin3 partly converted the rods to a more cone-like state, and sure enough this stopped them from degenerating. Funding from the Harrington Discovery Institute allowed Dr. Reh's team to acquire the key data to start a biotech company, whose aim is to make the molecule more potent, and if possible, adapted to work as a pill.

“My impact wish is for a pill taken perhaps once a week, people with RP will retain their eyesight throughout their lives.”