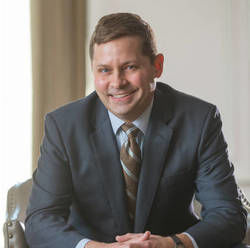 Development of a New, Fast-Acting Treatment for Clinical Depression, Relieving Symptoms without Side Effects

Ketamine, a long-established anesthetic, is known to have fast-acting antidepressant effects. Its use as a depression treatment is limited, however, because of side effects including dissociation and abuse potential.

The Gould lab discovered ketamine’s antidepressant effects are actually due to one of its metabolites, 2R,6R-HNK. In mice, this molecule is a rapid-acting antidepressant without the side effects of ketamine. With support from Harrington Discovery Institute, the Gould lab aims to conduct further studies of 2R,6R-HNK to be better positioned for U.S. Food and Drug Administration approval.

“I have always been passionate about medical research and wanted to develop new drugs.” “We are convinced that our drug has potential, but we are cognizant of recent history in the neurosciences where new drugs work in animal models but not in humans.”

“This is a team effort that involves academics, Harrington Discovery Institute’s industry experts and individuals at NIH (National Institutes of Health) as equal partners in discovery and development.”