CLEVELAND – The third annual Harrington Prize for Innovation in Medicine has been awarded to Jeffrey M. Friedman, MD, PhD, of The Rockefeller University, New York City, for his discovery of leptin and the leptin-mediated pathway that controls feeding behavior.

The Harrington Prize for Innovation in Medicine, established in 2014 by the Harrington Discovery Institute at University Hospitals (UH) in Cleveland, Ohio and The American Society for Clinical Investigation (ASCI), honors a physician-scientist who has moved science forward with achievements notable for innovation, creativity and potential for clinical application.

Dr. Friedman’s discovery of leptin and the neural pathway that leptin mediates revealed the underlying mechanism of what drives feeding behavior in mice and humans. Of particular note, his discovery provided a foundation for deeper understanding of related pathologies, such as obesity – a major public-health problem at the time of this discovery in 1994 and persists around the world today.

“His truly remarkable work has been instrumental to understanding how our bodies regulate weight and what causes obesity,” Marc Tessier-Lavigne, PhD, President of The Rockefeller University, said of Dr. Friedman. “Jeff is a leader in his field and an exemplary Rockefeller scientist whose transformative research sets a high bar that inspires colleagues, friends, and students within our community and around the world.”

“Dr. Friedman’s translational research serves as the foundation for what we know today about some of the biological factors contributing to obesity,” said Levi A. Garraway, MD, PhD, Associate Professor, Medicine, Harvard Medical School, and current President of the ASCI. “This is precisely the type of research breakthrough that the Harrington Prize seeks to recognize for its impact on our understanding of the human body and how we care for it.”

A committee composed of members of the ASCI Council and the Harrington Discovery Institute Scientific Advisory Board reviewed 30 nominations from 25 institutions and five countries before selecting Dr. Friedman as the recipient.

In addition to receiving a $20,000 honorarium, Dr. Friedman will deliver The Harrington Prize Lecture at the 2016 ASCI and Association of American Physicians Joint Meeting on April 15, and publish an essay in The Journal of Clinical Investigation.

He is an elected member to the prestigious National Academy of Sciences and is recipient of numerous awards and honors including the Albert Lasker Basic Medical Research Award, the Shaw Prize for Life Sciences and Medicine, and the King Faisal International Prize in Medicine.

The first recipient of the Harrington Prize for Innovation in Medicine, in 2014, was Dr. Harry Dietz, a pediatric cardiologist and genetics researcher from Johns Hopkins University School of Medicine. The Prize recognized Dr. Dietz’s contributions to the understanding of biology and treatment of aortic aneurysms and other connective tissue disorders. The 2015 Prize recipient was Douglas R. Lowy, MD, Chief, Laboratory of Cellular Oncology, and Acting Director of the National Cancer Institute, in recognition of his discoveries that led to the development of the Human Papillomavirus (HPV) vaccine to prevent cervical cancer.

The American Society for Clinical Investigation (ASCI), established in 1908, is one of the nation's oldest and most respected medical honor societies. The ASCI is dedicated to the advancement of research that extends the understanding and improves the treatment of human diseases, and its members are committed to mentoring future generations of physician-scientists.

The Harrington Discovery Institute at University Hospitals in Cleveland, Ohio—part of The Harrington Project for Discovery & Development—aims to advance medicine and society by enabling our nation’s most inventive physician-scientists to turn their discoveries into medicines that improve human health.

The Harrington Project for Discovery and Development

About the American Society for Clinical Investigation

The American Society for Clinical Investigation (ASCI), established in 1908, is one of the nation's oldest and most respected medical honor societies. The ASCI comprises nearly 3,000 physician-scientists from all medical specialties elected to the Society for their outstanding records of scholarly achievement in biomedical research. The ASCI represents active physician-scientists who are at the bedside, at the research bench, and at the blackboard. Many of its members are widely recognized leaders in academic medicine. The ASCI is dedicated to the advancement of research that extends our understanding and improves the treatment of human diseases, and members are committed to mentoring future generations of physician-scientists. The ASCI considers the nominations of several hundred physician-scientists from the United States and abroad each year and elects up to 80 new members each year for their significant research accomplishments. For more information, go to the-asci.org.

Founded in May 1866, University Hospitals serves the needs of patients through an integrated network of 18 hospitals, more than 40 outpatient health centers and primary care physician offices in 15 counties throughout Northeast Ohio. At the core of our $4 billion health system is University Hospitals Case Medical Center, ranked among America’s best hospitals by U.S. News & World Report. The primary affiliate of Case Western Reserve University School of Medicine, UH Case Medical Center is home to some of the most prestigious clinical and research programs in the nation, including cancer, pediatrics, women's health, orthopedics, radiology, neuroscience, cardiology and cardiovascular surgery, digestive health, transplantation and genetics. Its main campus includes UH Rainbow Babies & Children's Hospital, ranked among the top children’s hospitals in the nation; UH MacDonald Women's Hospital, Ohio's only hospital for women; and UH Seidman Cancer Center, part of the NCI-designated Case Comprehensive Cancer Center at Case Western Reserve University. UH is the second largest employer in Northeast Ohio with 26,000 employees. For more information, go to www.UHhospitals.org. 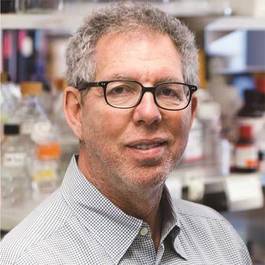 Rockefeller University
2016 The Harrington Prize for Innovation in Medicine