Harrington Discovery Institute and The American Society for Clinical Investigation honor Dr. June for his contributions to the field of cellular immunology

April 1, 2019, Cleveland, Ohio – The sixth annual Harrington Prize for Innovation in Medicine has been awarded to Carl H. June, MD, the Richard W. Vague Professor in Immunotherapy in the Department of Pathology and Laboratory Medicine at University of Pennsylvania’s Perelman School of Medicine.

The Harrington Prize for Innovation in Medicine, established in 2014 by the Harrington Discovery Institute at University Hospitals (UH) in Cleveland, Ohio, and The American Society for Clinical Investigation (ASCI), honors physician-scientists who have moved science forward with achievements notable for innovation, creativity and potential for clinical application.

Dr. June is being recognized for advancing the clinical application of CAR T therapy for cancer treatment, and for his sustained contributions to the field. CAR T cells are cancer-fighting T cells modified in the lab to bind and attack cancer cells more effectively. Dr. June has developed new strategies for treating cancer with CAR T therapy and robust culture systems that have enabled CAR T clinical trials. The CAR T cells invented in Dr. June’s lab were awarded “Breakthrough Therapy” status by the Food and Drug Administration for acute leukemia in children and adults in 2014.

“Dr. June’s extraordinary vision and dedication have helped to make the promise of cell-engineering a therapeutic reality while fundamentally changing the way we treat cancer patients,” said Kieren Marr, MD, MBA, Professor of Medicine and Oncology and Director of the Transplant and Oncology Infectious Diseases Program at Johns Hopkins, and 2018-2019 President of the ASCI. “In this exciting and evolving field, built on many brilliant discoveries, his work on immune cell regulation and development of robust T cell culture systems make him an outstanding choice for the Harrington Prize for Innovation in Medicine.”

A committee composed of members of the ASCI Council and the Harrington Discovery Institute Scientific Advisory Board reviewed nominations from leading academic medical centers from three countries before selecting the 2019 recipient.

“We are thrilled to join the ASCI in honoring Dr. June and his team’s remarkable achievements, which represent a new paradigm for treating cancer,” said Jonathan Stamler, MD, President of the Harrington Discovery Institute and the Robert S. and Sylvia K. Reitman Family Foundation Distinguished Chair in Cardiovascular Innovation at UH Cleveland Medical Center and Case Western Reserve University School of Medicine. “Dr. June is a true luminary whose work promises enormous impact on human health.”

In addition to receiving a $20,000 honorarium, Dr. June will deliver The Harrington Prize Lecture at the 2019 AAP/ASCI/APSA Joint Meeting on April 5, 2019, publish an essay in the Journal of Clinical Investigation, and speak at the Harrington Scientific Symposium May 23, 2019 in Cleveland.

Dr. June is currently Director of the Center for Cellular Immunotherapies at the Perelman School of Medicine, and Director of the Parker Institute for Cancer Immunotherapy at the University of Pennsylvania. He is a graduate of the Naval Academy in Annapolis, and Baylor College of Medicine in Houston. He did his graduate training in Immunology and malaria with Dr. Paul-Henri Lambert at the World Health Organization, Geneva, Switzerland from 1978-79, and post-doctoral training in transplantation biology with E. Donnell Thomas and John Hansen at the Fred Hutchinson Cancer Research Center in Seattle from 1983-86.

The first recipient of The Harrington Prize for Innovation in Medicine, in 2014, was Dr. Harry Dietz (Johns Hopkins University School of Medicine, USA), for his contributions to the understanding of the biology and treatment of Marfan syndrome, a disorder leading to deadly aneurysms in children and adults. The 2015 recipient was Douglas R. Lowy, MD, Chief, Laboratory of Cellular Oncology (The National Cancer Institute, USA), in recognition of his discoveries that led to the development of the Human Papillomavirus vaccine to prevent cervical cancer. The 2016 recipient was Jeffrey M. Friedman, MD, PhD (The Rockefeller University, USA), for his discovery of leptin, which controls feeding behavior and is used to treat related clinical disorders. In 2017, the Prize was awarded jointly to Daniel J. Drucker, MD (Mount Sinai Hospital, Canada), Joel F. Habener, MD (Massachusetts General Hospital, USA) and Jens J. Holst, MD, DMSc (University of Copenhagen, Denmark) for their discovery of incretin hormones and for the translation of these findings into transformative therapies for major metabolic diseases such as diabetes. The 2018 recipient was Helen H. Hobbs, MD (UT Southwestern Medical Center, USA) for her discovery of the link between a gene mutation (PCSK9) and lower levels of LDL, which has improved the treatment of high cholesterol. 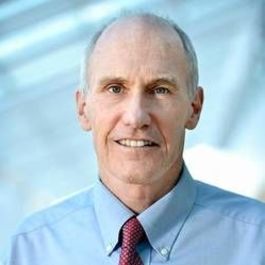 University of Pennsylvania
2019 The Harrington Prize for Innovation in Medicine