CLEVELAND, Ohio USA – The Alzheimer’s Drug Discovery Foundation (ADDF) and Harrington Discovery Institute at University Hospitals in Cleveland have granted an ADDF-Harrington Scholar Award to Christiane Wrann, PhD, DVM, Associate Professor in Medicine at the Cardiovascular Research Center and the McCance Center for Brain Health at Massachusetts General Hospital and the Harvard Medical School in Boston. Dr. Wrann will receive funding and drug development guidance to help advance her research towards potential new therapies for patients suffering from Alzheimer’s disease.

“The ADDF-Harrington partnership helps scientists move academic discoveries beyond the lab and eventually into the clinic to improve the lives of people living with and at risk of Alzheimer’s,” said Dr. Howard Fillit, Co-Founder and Chief Science Officer of the ADDF.

Studies have shown that physical activity, especially endurance exercise, can improve cognitive function in part by reducing inflammation in the brain. Dr. Wrann has focused on figuring out why this is the case and how this can be translated into an effective treatment for patients with Alzheimer’s disease.

Specifically, Dr. Wrann and her team have isolated a hormone called irisin that is excreted during exercise, which they have shown is a primary driver of the benefits of exercise on the brain. They have also shown in mice that genetic deletion of irisin impairs cognitive function, while its elevation improves cognition and decreases brain inflammation.

The ADDF-Harrington award includes up to $600,000 in financial support. Dr. Wrann and her team will investigate dosing strategies for use in humans and that would allow enough irisin to cross the blood-brain barrier in order do its work. The team is also validating biomarker tests, including a blood test that will enable clinicians to monitor how efficiently the drug is reaching its intended target in the brain.

Now in its eighth year, the ADDF-Harrington partnership accelerates the translation of innovative academic research into medicines that will treat, prevent, or slow Alzheimer's disease or related dementias. 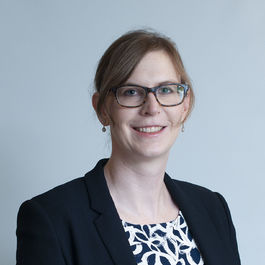