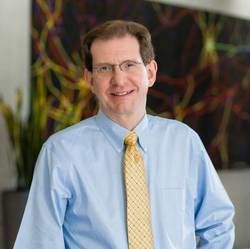 Call it beginner’s luck, a ‘eureka’ moment or scientific intuition. Albert La Spada, MD, PhD, now Professor and Division Head of Genetics in the Departments of Pediatrics and Cellular & Molecular Medicine at the University of California, San Diego, was a 26-year-old graduate student in the MD-PhD program at the University of Pennsylvania School of Medicine in 1991 when he made his first contribution as a physician-scientist.

Dr. La Spada discovered a previously unknown type of genetic mutation that identified the cause of a rare neurologic disease called Kennedy’s disease. With the resulting paper published in Nature, the leading science research journal, his discovery heralded the emergence of a new field of study in neurodegenerative diseases. It was a heady experience for a young physician-scientist. “It was pretty incredible, cool and very exciting,” says Dr. La Spada, looking back to the event that took place 25 years ago. The mutation he discovered does its damage by creating repeated series of amino acids in a gene.

By the late 1990s, researchers had determined that this type of mutation, known as an expansion, causes a buildup of proteins in the cell that start to fold incorrectly. Clumps of misfolded proteins are characteristic of all neurodegenerative diseases. Using the building blocks laid by his own discovery and later refinements to it, Dr. La Spada now is developing a potential treatment for retinal diseases. The connection was a 1997 discovery by a French group of scientists. They reported an expansion mutation and protein misfolds in SCA7, a nervous system disease that also causes vision problems.

This discovery redirected Dr. La Spada’s interest to the biology of the retina and protein misfolding. With the support of Harrington Discovery Institute, he now intends to develop a treatment for retinal diseases and then apply the same science to SCA7 brain disease.

“I love research. But my greatest passion is for helping patients, and the two are inextricably intertwined. Developing this as a successful intervention for patients would be the ultimate accomplishment.”