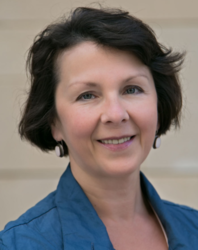 Approximately 44 million people worldwide live with Alzheimer's disease (AD) or a related form of dementia, yet there are no effective treatments. It is believed that AD is caused by the accumulation of two proteins in the brain, amyloid beta and pTau.

"Much focus has been on preventing the buildup of amyloid beta and pTau," Dr. Trushina says. "Yet in the brains of people with AD, neuronal dysfunction appears long before amyloid and pTau become problematic, and even before cognitive symptoms become evident. Neurons in the brain are critically dependent on mitochondria-produced energy; problems with energy homeostasis lead to neuronal dysfunction early in AD."

Dr. Trushina and her team have developed a small molecule therapeutic targeted at mitochondria in order to improve energy production and utilization in neurons. "Scientists have traditionally avoided approaches involving mitochondria," Dr. Trushina says. "The metabolic system is so complex, the concern has always been that anything affecting it could have unpredictable consequences."

“After crawling for 10 years, Harrington is helping move this project at the speed of light!"