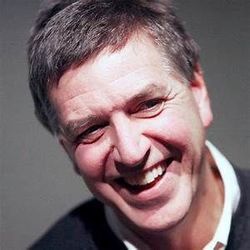 Synapse loss in Alzheimer’s disease and the corresponding cognitive symptoms of the disease have long thought to be triggered by the accumulation of a protein in the brain called beta-amyloid.

Dr. Strittmatter is investigating a previously unexplored mechanism of disease progression based on the action of two other proteins in the brain, cellular Prion Protein (PrP-C) and type 5 metabotropic glutamate receptor (mGluR5).

“Although many researchers have focused on the accumulation of beta-amyloid plaques in the brains of Alzheimer’s patients, our attitude is that what really matters is identifying which proteins beta-amyloid interacts with on the surface of the neurons, because dysfunctional neurons are what cause people to lose learning, memory and cognitive function,” Dr. Strittmatter said.

Seeking to preserve, protect and even restore neuronal synapses in Alzheimer’s disease, Dr. Strittmatter and his colleagues have discovered a class of agents capable of blocking PrP-C and mGluR5 from binding with beta-amyloid. These agents do not alter the amount of accumulated beta-amyloid, but they do protect neuronal synapses from amyloid presence, allowing the neural network to function normally. The approach is distinct from the common amyloid-lowering agents, though the two approaches may be synergistic.

“We now have a handle on how neurons are damaged, and we're hoping to develop drugs that will preserve the neurons in Alzheimer’s disease—regardless of how much plaque there is in the brain,” Dr. Strittmatter said. “We believe this program offers an exciting opportunity to quickly and efficiently deliver a new therapeutic option for a very large patient population in desperate need of novel approaches.”

"The Harrington Discovery Institute has been critical in helping with our research into prior protein antagonists. We're not in the clinic yet, but we wouldn't be bringing these compounds from animal studies toward a human trial without Harrington's support."