March 24, 2022, Cleveland, Ohio – The ninth annual Harrington Prize for Innovation in Medicine has been jointly awarded to James E. Crowe, Jr., MD, Director, Vanderbilt Vaccine Center and Professor, Departments of Pediatrics and Pathology, Microbiology and Immunology, Vanderbilt School of Medicine, and Michel C. Nussenzweig, MD, PhD, Investigator, HHMI, and Zanvil A. Cohn and Ralph M. Steinman Professor, The Rockefeller University. The award recognizes their groundbreaking work, which has elucidated fundamental principles of the human immune response and enabled the use of human antibodies to treat COVID-19.

The Harrington Prize for Innovation in Medicine, established in 2014 by the Harrington Discovery Institute at University Hospitals and the American Society for Clinical Investigation (ASCI), honors physician-scientists who have moved science forward with achievements notable for innovation, creativity and potential for clinical application.

Dr. Crowe has advanced the discovery of human monoclonal antibodies for many of the most pathogenic viruses that cause human disease. His team has discovered thousands of human monoclonal antibodies for SARS-CoV-2 (the virus that causes COVID-19) and facilitated their development, transferring clinical leads to multiple pharmaceutical partners including tixagevimab + cilgavimab, now in use in high risk patients. His work on the genetic and structural basis of virus neutralization has also revealed important principles that are being exploited in new vaccine and antibody development.

Dr. Nussenzweig addressed a critical issue in immunology – the lack of a detailed understanding of the human antibody response – by developing robust and scalable methods for cloning antibodies from single human B cells. Dr. Nussenzweig showed that antibodies cloned directly from humans can be a safe and effective treatment against viral infections when passively transferred to other humans. His work established a paradigm that made it possible for him and others to rapidly develop monoclonal antibody therapies against SARS-CoV-2.

A committee composed of members of the ASCI Council and the Harrington Discovery Institute Scientific Advisory Board reviewed nominations from leading academic medical centers from eight countries before selecting the 2022 Harrington Prize recipients.

“Drs. Crowe and Nussenzweig are extraordinary physician-scientists who took distinct and separate paths but arrived at the same endpoint. In doing so, they have taught us a great deal about the human immune response and have successfully translated those findings into therapies for patients. The creativity, innovation and clinical impact demonstrated by their work is precisely what The Harrington Prize seeks to recognize,” said Hossein Ardehali, MD, PhD, Professor of Medicine in the Division of Cardiology at Northwestern Medicine and the 2021-2022 President of the ASCI.

In addition to sharing the Prize’s $20,000 honorarium, co-recipients Dr. Crowe and Dr. Nussenzweig will deliver The Harrington Prize Lecture at the 2022 AAP/ASCI/APSA Joint Meeting on April 8, will be featured speakers at the 2022 Harrington Scientific Symposium May 25-26, and will co-publish an essay in the Journal of Clinical Investigation.

Since its establishment, The Harrington Prize has recognized outstanding and diverse innovation in medicine: 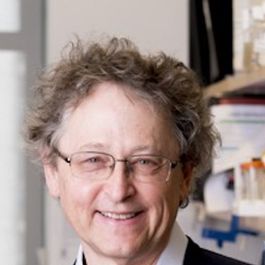 Rockefeller University
2022 The Harrington Prize for Innovation in Medicine 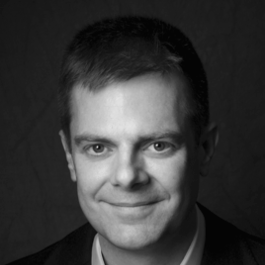 Vanderbilt University
2022 The Harrington Prize for Innovation in Medicine