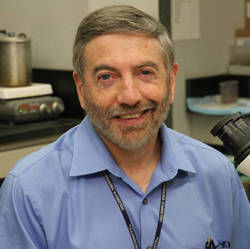 Targeting a New Pathway Common to Diabetes and Atherosclerosis

A 30-year career in medical research has sharpened the sensitivities of Ira Tabas, MD, PhD, and altered his motivation. “I began as a basic scientist in cellular biochemistry, and for the first 20 years of my career, I was driven by the love of discovery,” he explains. “As I have gotten older, I still love discovery, but I am driven more by an interest in making my research translational. Will it do any good for people?”

The potential for his current project to answer that question with a resounding “yes” is what excites him about it, he says. Dr. Tabas, who is Richard J. Stock Professor & Vice-Chairman of Research, Department of Medicine at Columbia University, has discovered a new biologic pathway in the liver that appears to be central to the development of diabetes. After five years of testing promising inhibitors to that pathway, he found a compound that in animal models delivered the desired result.

“It was a clear ‘aha’ moment,” Dr. Tabas says. “The first time we used it in animal models, it lowered blood sugar and reduced insulin. We thought, ‘This could develop into something.’”

Now he and his team are working on a new compound that acts the same in the body, but is safer and easier to use in humans. Eventually the team will test this compound to define its structure and develop it further.

Meanwhile, the team must answer the basic question of whether inhibiting their target pathway in the liver is safe in people. With support from the Harrington Discovery Institute, they will evaluate the effects on the heart, fat metabolism and potential unintended consequences.

Dr. Tabas believes the concept of inhibiting the liver pathway has great possibility for success as a treatment to prevent diabetes. On average, 37 percent of U.S. adults aged 20 or older have prediabetes. In people age 65 and older, that percentage rises to 51 percent, meaning the potential for making a major impact on human health is staggering, Dr. Tabas notes. “We know the pathway is activated in prediabetes. We are testing to see if we could treat these people and prevent diabetes from developing.” Dr. Tabas is optimistic about this project, particularly because the drug attacks the fundamental mechanisms of diabetes in the liver. The drug’s heart-safety profile is another reason for optimism, he notes. “All new diabetes drugs have to go through heart safety trials before approval,” he explains. “The evidence to date suggests that this approach is not only heart-safe but may actually benefit the heart directly.”

But Dr. Tabas tempers optimism with caution. “You have to constantly confront failure,” he says. “But if you get discouraged, you will never get anywhere. You have to believe in what you are doing.”

That commitment, coupled with the funding and resources available from the Harrington Discovery Institute and the Innovation Support Center, could propel a potentially powerful diabetes treatment to clinical trials as soon as five years from now.

“But if you get discouraged, you will never get anywhere. You have to believe in what you are doing.”