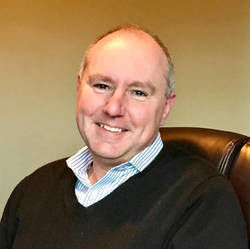 Using Novel Benzoxazines for the Treatment of Alzheimer’s Disease

Alzheimer's disease (AD), the most common form of dementia, is a brain degeneration causing disruptions in memory, cognition, personality, and other functions that eventually lead to death from brain failure. More than 5.8 million Americans now have AD, with approximately 500,000 new cases diagnosed each year. There is no cure for AD, nor can its progression be reversed.

A drug able to halt or significantly slow disease progression at the pro-dementia stage, when only mild cognitive impairment is evident, would be dramatic breakthrough. There is growing evidence that increasing neuroprotection and reducing neuroinflammation will significantly delay AD onset and reduce its progression.

"We believe that neurosteroids (internal steroids synthesized within the brain) could work to delay AD onset and reduce progression," Dr. Hodgetts says. "We have identified a compound that increases the levels of neurosteroids, lowers levels of pro-inflammatory cytokines and has good drug-like properties for a central nervous system drug."

With support from his Harrington Discovery Institute advisory team, Dr. Hodgetts is working to improve the chemistry to achieve desired levels of potency and safety.

“The Harrington team has been very helpful, as academic labs do things differently from the industry drug discovery process."