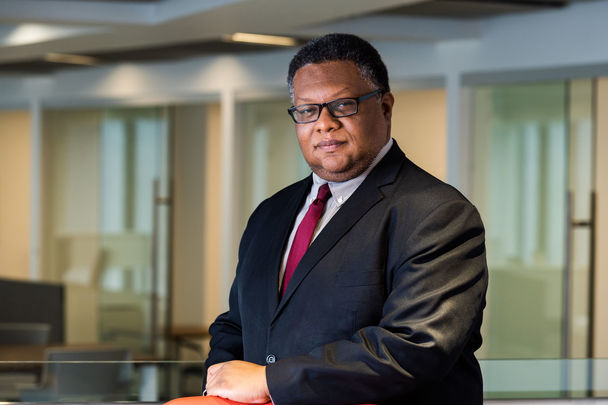 Tyrone F. Gorden is a fundraising executive with more than two decades of transformative gift and capital campaign experience. He has held senior level positions at organizations such as the National Institutes of Health Foundation, Tulane University Health Sciences and the Salk Institute for Biological Studies. In his most recent position, he served as Vice President & Chief Development Officer at the National Medal of Honor Foundation & Museum.

He is a native New Orleanian, and a graduate of Dillard University with a B.A. in Political Science. He went on to pursue his doctorate in political science from the University of New Orleans. He is a certified grants specialist, and is the recipient of many fundraising certifications from institutions such as the Kresge Foundation and the Indiana School of Fundraising.

He has served his hometown community through volunteerism at St. Augustine High School, the Algiers Economic Foundation, the Urban League of Greater New Orleans and many other civic organizations. In San Diego, Tyrone was a member of CONNECT, an organization that brings science and industry together. He is also a member of BIO and the San Diego AFP. Tyrone also served as a volunteer at the San Diego Children’s Museum. He was just named Board President for the Center for Inclusive Public Life, a newly formed leadership organization.

Tyrone has a unique understanding of fundraising, the intersection of science and philanthropy, impact investing, partnership development, and public-private partnerships as exhibited by his exemplary service to many organizations. He is recognized as an expert in PRI development and other aggressive and nuanced forms of fundraising.

He is married to his lovely wife Rochelle of twenty-three years, and they have four beautiful children that range in age of 8-20.