Formed by BioMotiv and Rutgers University

Z53 Therapeutics is based on intellectual property exclusively licensed from Rutgers University and SUNY Upstate Medical University in Syracuse, N.Y., which was developed by the laboratory of scientific founder Darren Carpizo, M.D., Ph.D., Surgical Oncologist at The Rutgers Cancer Institute of New Jersey. The work was done in collaboration with the synthetic chemistry laboratories of Rutgers Translational Sciences, headed by S. David Kimball, Ph.D., Associate Vice President Research Translation and Commercialization, and the biochemistry and molecular biology laboratory of Stewart Loh, Ph.D., at SUNY Upstate.

“I am very excited to collaborate with BioMotiv to advance our research from our initial discoveries and mechanistic work to the identification of compounds that can be used in the clinic to target a wide spectrum of tumors with specific p53 mutations”, said Dr. Carpizo.

The p53 protein has been called the “the guardian of the human genome” for its central role in suppressing tumor formation. The gene encoding p53 is the most commonly mutated gene in human cancer with a large number of mutations resulting in a defect in the protein’s structure due to an impairment in the ability of the protein to bind zinc (so-called zinc deficient mutant p53). Dr. Carpizo and colleagues discovered that small molecules could restore the normal structure and function to zinc deficient mutant p53. Dr. Carpizo, along with Dr. Loh, went on to elucidate the mechanism of action of these compounds to be a restoration of zinc binding in mutant p53 which they have named “zinc metallochaperones”.

Zinc metallochaperones represent a novel class of anti-cancer drugs. “The pharmacologic restoration of structure and function of a mutant protein by the delivery of a metal ion is unprecedented in drug development,” said Dr. Carpizo. Together with Drs. Loh and Kimball, the research team has identified novel zinc metallochaperones which will be developed by Z53 Therapeutics. Dr. Carpizo goes on to say, “Targeting mutant p53 with small molecule compounds has been one of the holy grails of drug development, so it is very exciting to be a forefront of this field of research.”

Christopher Molloy, Ph.D., Senior Vice President for Research and Economic Development at Rutgers, said, “The rapid progress in identifying a biologically active lead chemical series provides validation for Rutgers’ investment in pre-clinical translational research, which is being led by Dr. Kimball. We are pleased that this agreement provides additional resources to allow Dr. Carpizo and our translational sciences team to advance the research on these promising discoveries.”

“The discoveries made by Dr. Carpizo have great promise,” said Baiju R. Shah, Chief Executive Officer of BioMotiv. “We are looking forward to partnering with him in developing those discoveries in Z53 Therapeutics.”

Dr. Carpizo is a Harrington Scholar-Innovator whose work has been supported by the Harrington Discovery Institute of University Hospitals in Cleveland. His laboratory is also funded by the National Cancer Institute, Sidney Kimmel Cancer Foundation, and the Breast Cancer Research Foundation.

BioMotiv is the mission-driven accelerator associated with The Harrington Project for Discovery & Development, a $250 million national initiative for advancing medicine centered at University Hospitals in Cleveland. The focus is to accelerate breakthrough discoveries from research institutions into therapeutics for patients through an innovative model that efficiently aligns capital and collaborations. The company leverages an experienced team and advisory board to select, fund, and actively manage and advance a portfolio of drug development programs. Learn more at www.biomotiv.com.

Rutgers, The State University of New Jersey, is a leading national research university. Established in 1766 and celebrating a milestone 250th anniversary in 2016, the university is the eighth oldest higher education institution in the United States. More than 67,000 students and 22,000 faculty and staff learn, work, and serve the public at Rutgers locations across New Jersey and around the world. Rutgers University–New Brunswick is the only public institution in New Jersey represented in the prestigious Association of American Universities. Rutgers is a member of the Big Ten Conference and its academic counterpart, the Committee on Institutional Cooperation, a consortium of 15 world-class research universities. Rutgers is among the top 30 universities nationally for total R&D funding and last year achieved an 18.3 percent increase in overall funding for research and sponsored programs over the previous year, from $517.6 million in fiscal year 2014 up to $612.5 million in fiscal year 2015. The Office of Research and Economic Development is a central point for industry to access Rutgers and offers a website designed for the business community, www.businessportal.rutgers.edu.

SUNY Upstate Medical University in Syracuse, NY, is the only academic medical center in Central New York and the region's largest employer with 9,460 employees. Affiliated with the State University of New York and anchored by its four colleges—Medicine, Nursing, Health Professions and Graduate Studies (biomedical sciences), Upstate's mission is to improve the health of the community through education, biomedical research and health care. As a biomedical research enterprise, Upstate focuses on the most prevalent human diseases, including cancer, diabetes, heart disease, nervous system disorders, vision, and infectious diseases. The quest for treatments and cures is built upon expertise in structural, molecular and systems biology. The Upstate University Health System serves 1.8 million people, often the most seriously ill and injured, and includes Upstate University Hospital; Upstate University Hospital at Community Campus; Upstate Golisano Children's Hospital, and numerous satellite sites across Upstate New York. Research Administration at Upstate, which includes the Offices of Technology Transfer, Sponsored Programs and Clinical Trials, assists companies interested in licensing new technologies or in working with Upstate researchers or clinicians (http://www.upstate.edu/researchadmin/). 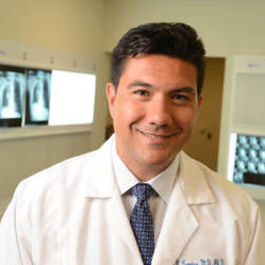