Harrington Discovery Institute and The American Society for Clinical Investigation honor Dr. Hobbs for her advancements in biomedical science

March 19, 2018, Cleveland, Ohio – The fifth annual Harrington Prize for Innovation in Medicine has been awarded to Helen H. Hobbs, MD, investigator of the Howard Hughes Medical Institute and Professor of Internal Medicine and Molecular Genetics at the University of Texas Southwestern Medical Center.

The Harrington Prize for Innovation in Medicine, established in 2014 by the Harrington Discovery Institute at University Hospitals (UH) in Cleveland, Ohio, and The American Society for Clinical Investigation (ASCI), honors physician-scientists who have moved science forward with achievements notable for innovation, creativity and potential for clinical application.

Dr. Hobbs is being recognized for her outstanding contributions to medicine and science. Her discovery of the link between a gene mutation (PCSK9) and lower levels of LDL, or ‘bad cholesterol’, is considered a major breakthrough and has improved the treatment of high cholesterol. Dr. Hobbs made the discovery when she sequenced the PCSK9 gene in subjects from a population-based study of 3,500 residents of Dallas County, Texas. She found that subjects with this particular mutation not only had lower LDL levels, but also had an 88% lower incidence of heart attacks as compared to the controls in the study. The discovery of this critical link has enabled the development of therapeutics that can effectively target the gene in order to lower LDL and the risk of heart attack.

“Dr. Hobbs’ research has had a profound impact on human health,” said Benjamin Ebert, MD, PhD, Chair of Medical Oncology at the Dana-Farber Cancer Institute, Professor of Medicine at Harvard Medical School, and 2017-2018 President of the ASCI. “Her groundbreaking discovery of PCSK9’s connection to cholesterol has led to the development of an FDA-approved therapy within 10 years, which is a remarkable achievement.”

A committee composed of members of the ASCI Council and the Harrington Discovery Institute Scientific Advisory Board reviewed nominations from leading academic medical centers from three countries before selecting the 2018 recipient.

“We are pleased to join with the ASCI to honor Dr. Hobbs for her pioneering studies in human genetics that have advanced the standard of care,” said Jonathan Stamler, MD, President of the Harrington Discovery Institute and the Robert S. and Sylvia K. Reitman Family Foundation Distinguished Chair in Cardiovascular Innovation at UH Cleveland Medical Center and Case Western Reserve University School of Medicine. “Her superb work clearly exemplifies the guiding principles of The Harrington Prize, which recognizes the most innovative and creative investigators to have impacted patients’ lives.”

In addition to receiving a $20,000 honorarium, Dr. Hobbs will deliver The Harrington Prize Lecture at the 2018 AAP/ASCI/APSA Joint Meeting on April 20, 2018, and publish an essay in the Journal of Clinical Investigation.

Dr. Hobbs, Director of the Eugene McDermott Center for Human Growth and Development, received her MD from Case Western Reserve University in 1979. She is currently Director of the Dallas Heart Study, a longitudinal, multiethnic, population-based study of Dallas County in Texas. Dr. Hobbs holds the Eugene McDermott Distinguished Chair for the Study of Human Growth and Development, Philip O'Bryan Montgomery, Jr., M.D. Distinguished Chair in Developmental Biology, and the 1995 Dallas Heart Ball Chair in Cardiology Research.

The first recipient of The Harrington Prize for Innovation in Medicine, in 2014, was Dr. Harry Dietz (Johns Hopkins University School of Medicine, USA), a pediatric cardiologist and genetics researcher, for his contributions to the understanding of the biology and treatment of Marfan syndrome, a disorder leading to deadly aneurysms in children and adults. The 2015 recipient was Douglas R. Lowy, MD, Chief, Laboratory of Cellular Oncology (The National Cancer Institute, USA), in recognition of his discoveries that led to the development of the Human Papillomavirus (HPV) vaccine to prevent cervical cancer. The 2016 recipient was Jeffrey M. Friedman, MD, PhD (The Rockefeller University, USA), for his discovery of leptin, which controls feeding behavior and is used to treat related clinical disorders. In 2017, the Prize was awarded jointly to Daniel J. Drucker, MD (Mount Sinai Hospital, Canada), Joel F. Habener, MD (Massachusetts General Hospital, USA) and Jens J. Holst, MD, DMSc (University of Copenhagen, Denmark) for their discovery of incretin hormones and for the translation of these findings into transformative therapies for major metabolic diseases such as diabetes.

The Harrington Discovery Institute at University Hospitals in Cleveland, OH – part of The Harrington Project for Discovery & Development – aims to advance medicine and society by enabling our nation’s most inventive scientists to turn their discoveries into medicines that improve human health. The institute was created in 2012 with a $50 million founding gift from the Harrington family and instantiates the commitment they share with University Hospitals to a Vision for a ‘Better World’.

The Harrington Project for Discovery & Development

Founded in 1866, University Hospitals serves the needs of patients through an integrated network of 18 hospitals, more than 40 outpatient health centers and 200 physician offices in 15 counties throughout northern Ohio. The system’s flagship academic medical center, University Hospitals Cleveland Medical Center, located on a 35-acre campus in Cleveland’s University Circle, is affiliated with Case Western Reserve University School of Medicine. The main campus also includes University Hospitals Rainbow Babies & Children's Hospital, ranked among the top children’s hospitals in the nation; University Hospitals MacDonald Women's Hospital, Ohio's only hospital for women; and University Hospitals Seidman Cancer Center, part of the NCI-designated Case Comprehensive Cancer Center. UH is home to some of the most prestigious clinical and research programs in the nation, including cancer, pediatrics, women's health, orthopedics, radiology, neuroscience, cardiology and cardiovascular surgery, digestive health, transplantation and urology. UH Cleveland Medical Center is perennially among the highest performers in national ranking surveys, including “America’s Best Hospitals” from U.S. News & World Report. UH is also home to Harrington Discovery Institute at University Hospitals – part of The Harrington Project for Discovery & Development. UH is one of the largest employers in Northeast Ohio with 26,000 employees.

UH’s vision is “Advancing the science of health and the art of compassion,” and its mission: “To Heal. To Teach. To Discover.” Follow UH on Facebook @UniversityHospitals and Twitter @UHhospitals. For more information, go to UHhospitals.org. 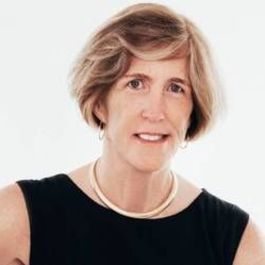 UT Southwestern
2018 The Harrington Prize for Innovation in Medicine