INDIANAPOLIS— A group of researchers led by Indiana University School of Medicine’s Benjamin Gaston, MD, has been awarded a research program project grant (P01) from the National Heart, Lung and Blood Institute. The award amounts to just over $12 million over the next five years and will fund the development of personalized therapeutic approaches for severe asthma.

Severe asthma is one of the most common and costly lung diseases, accounting for the majority of asthma-related deaths and an estimated $10 billion in health care costs for Americans annually.

“Severe asthma occurs in about 10 percent of all people with asthma,” said Gaston, who is the Billie Lou Wood Professor of Pediatrics and Vice Chair for Translational Research in the Department of Pediatrics. “These are the patients who are on high doses of medication and still can't exercise or do the activities that they want to do. So our focus is to figure out what's causing this severe asthma and how to make it better.”

The grant will fund three key projects related to severe asthma: S-nitrosylation signaling, airway pH regulation, and androgen signaling. The group has studied these mechanisms for more than a decade, and they’ve shown that these factors are not only indicators of the type of severe asthma a person has, but also potential targets for treatment. The three projects will be led by Gaston, Jonathan Stamler, MD, Case Western Reserve University (CWRU) Professor of Medicine, and Tim Lahm, MD, Adjunct Professor of Medicine at IU School of Medicine.

The project has deep roots—with more than a decade of studies and data from a long-time collaboration with researchers at Case Western Reserve. The P01 award will allow the group to expand on their data and establish a supportive infrastructure in five service cores that will enhance the three projects.

Gaston said that he envisions a not-too-distant future where a patient with severe asthma can be tested to determine which treatment will work best.

“So a patient might come in and maybe they're not doing well on their current regimen; or they can't afford the new therapies that are coming out,” said Gaston. “We would get biomarkers and genetic information, and then use that information to decide which if any of the three of three therapeutic arms would be an ideal fit. We would then treat them based on that information.”

The above referenced project is P01HL158507, titled “Scientific innovation for personalized severe asthma management,” funded by the NIH NHLBI. 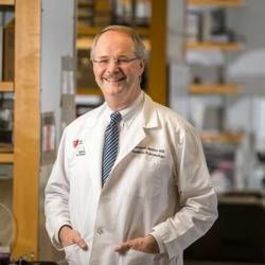 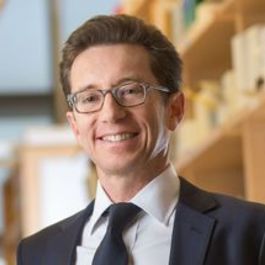