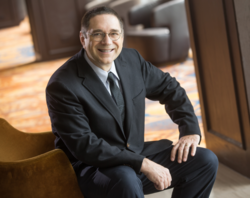 RNA granules, aggregations of proteins and RNAs, appear in a cell when it is under stress, and are disease-related. Dr. Scoles and his team discovered that a stress granule protein, Staufen-1, is overabundant in several human and mouse neurodegenerative disease models such as Alzheimer's disease, spinocerebellar ataxia type 2, and amyotrophic lateral sclerosis (ALS). (In the fly where Staufen was discovered, mutations lead to lineage extinction. Such genes are often named after European royal families that became extinct - thus, "Staufen".)

His team then applied their expertise in producing antisense oligonucleotides (ASOs) that lower gene expression. They had previously used the method to target the ATXN2 gene toward developing a therapy for spinocerebellar ataxia type 2 (SCA2).

“Harrington provides the resources we need to get the most out of the work we're doing."