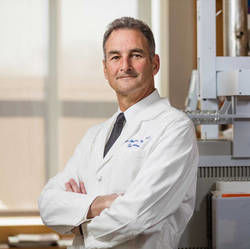 A promising treatment for type 2 diabetes (T2D) and nonalcoholic fatty liver disease (NAFLD) in development by Gerald I. Shulman, MD, PhD, and his colleagues at the Yale Diabetes Research Center has its unlikely origins in French munitions factories a century ago.

At the turn of the 20th century, it was noted that French munition workers ended each workday covered with dust used in the manufacturing process. They felt fatigued, sweated excessively, had elevated body temperature and lost weight. Researchers discovered that the dinitrophenol (DNP) in the dust was responsible for these symptoms.

Based on these observations, DNP was then used in humans without prior safety and efficacy studies and, in the 1930s, hundreds of thousands of individuals were taking DNP, which was available as an over-the-counter medication for weight loss. But in 1938, the US Food and Drug Administration banned the compound, based on several reports of hyperthermia leading to death.

Dr. Shulman, who is the George R. Cowgill Professor of Medicine and Cellular & Molecular Physiology and an Investigator of the Howard Hughes Medical Institute, is taking another look at DNP, this time as a potential treatment for T2D and NAFLD. “Insulin resistance is the primary factor that drives the development of T2D, and we had previously established that ectopic lipid in liver is the primary cause of insulin resistance. To test this hypothesis, we showed that low-dose DNP treatment reduced liver fat content and reversed liver insulin resistance in rodent models of NAFLD. The key thing is whether we could improve the therapeutic window of DNP and dissociate the hyperthermia from the lipid-lowering effect to make this a viable drug target.”

Through pharmacokinetic studies, he found that the toxicity of DNP was related to the peak plasma concentrations whereas all that was required to reverse liver fat and insulin resistance were DNP concentrations that were more than a hundred-fold lower. He went on to develop a controlled release formulation of DNP, called CRMP, which he showed reversed hyperlipidemia, insulin resistance, T2D, inflammation and liver fibrosis in rodent models of T2D and nonalcoholic steatohepatitis (NASH) with a five-hundred-fold increase in the therapeutic window.