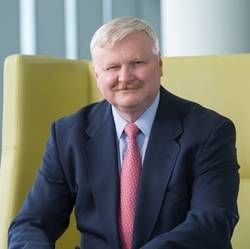 For the thousands of children and teenagers afflicted with Stargardt disease, those limits are reality. Often called pediatric macular degeneration, Stargardt disease causes progressive vision loss in the eye’s center. Although a percentage of the 30,000 people in the United States with Stargardt disease don’t experience symptoms until later in life, many people with the disease are visually disabled by the time they reach their early 20s. There is no treatment available.

Konstantin Petrukhin, PhD, Associate Professor of Ophthalmology at Columbia University Medical Center, is hopeful of banishing that dismal prognosis. A specialist in ophthalmic genetics and pharmacology, he is dedicated to developing a drug to treat the genetic defect that causes Stargardt disease.

Vision loss in Stargardt disease is due to degeneration of photoreceptor cells in the eye. This deterioration is believed to stem partly from toxicity caused by derivatives of retinol, which is needed for vision, Dr. Petrukhin explains.

Dr. Petrukhin and his team have identified a lead compound that reduces the levels of retinoid derivatives in the eye that are toxic to the photoreceptor cells. He believes it has the potential to be developed into a drug. With Harrington Discovery Institute support, he plans to finesse the medicinal chemistry to optimize the lead compound.

“My goal is to advance a new drug candidate developed specifically for a treatment of Stargardt disease to clinical trials within the life of the Gund-Harrington grant,” he says. “There is much work to be done.”