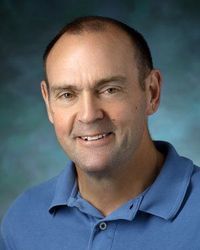 Dr. Worley is examining connections between Alzheimer’s disease (AD) and the basic biology of memory. There is strong evidence that successful memory requires a sequence of events over many hours mediated by a set of genes that function at synaptic connections between neurons in the brain.

In the AD brain, the expression (transcription of DNA into mRNA and protein translation) of one of these memory genes, NPTX2, which has vital functions such as supporting information processing and preventing excessive excitability, is prominently reduced.

“Patients with AD have much less NPTX2 in their brains compared to healthy individuals,” Dr. Worley says. “We are also examining less severe but significant reductions of NPTX2 in normative aging. There are several lines of evidence to suggest that preventing reduction of NPTX2 can protect neurons, preserve synapses, and prevent memory failure. We don't know why neurons decide to destroy their NPTX2 mRNA, but our therapeutic approach seeks to prevent NPTX2 mRNA degradation.”

If rescue of NPTX2 expression can prevent memory failure, it would support the concept that the ongoing memory process, acting in the absence of NPTX2, is a principle driver of AD. Astoundingly, this would mean that the memory process may cause AD, rather than the long-assumed other way around.

With support from Harrington Discovery Institute, Dr. Worley and his team are working to evaluate compounds that markedly increase the ability of neurons to make NPTX2.

"It's more than just their scientific expertise — Harrington has helped us with complicated patent protection issues."