Posted on September 12, 2022 in Center for Rare Diseases

Advancing a novel treatment for rare, and perhaps even common autoimmune diseases

IPEX (Immunodysregulation polyendocrinopathy enteropathy X-linked syndrome) is a rare disease, affecting one in every 1.6 million people, but is increasingly diagnosed thanks to greater disease awareness and broader use of genetic sequencing as diagnostics. This genetic disease occurs in males, and symptoms are often apparent in a newborn's first month. IPEX symptoms include autoimmune enteropathy (wherein the immune system causes damage to the lining of the intestines), with diarrhea, vomiting, gastritis, ileus (lack of normal intestinal muscle contractions) and colitis. In addition, patients often present with severe eczema, and type 1 diabetes.

Harrington Discovery Institute at University Hospitals is committed to funding and supporting work that can help even the very smallest populations of individuals suffering from rare diseases, such as IPEX. Harrington Discovery’s Innovation Center for Rare Diseases is dedicated to developing novel drugs to help improve the health of those afflicted with rare and ultra-rare diseases, as well as rare variants of common diseases.

The Cause of IPEX

T cells are white blood cells that play a central role in the adaptive immune system, a subsystem of the immune system that eliminates or prevents the growth of pathogens.

A subpopulation of T cells, called regulatory T cells or “Tregs”, prevent autoimmune diseases by controlling the immune response to an individual's own antigens. IPEX is caused by a genetic defect that reduces the amount and function of Tregs. In fact, defects that reduce the number of Tregs or compromise their functionality are tied to several more common autoimmune diseases.

The defect that leads to IPEX occurs within the gene FOXP3, a protein involved in immune regulation and which is essential for the development and normal function of Tregs. Without a normal FOXP3 gene, Tregs do not properly control the immune system response and lose the ability to distinguish which cells are worth fighting for to maintain health. This allows other immune cells to attack the body’s healthy tissues, thus causing IPEX syndrome.

IPEX patients are treated with immunosuppressive drugs — treatments which may prolong life and decrease the severity of some symptoms, but usually have unsatisfactory outcomes.

Another approach is bone marrow transplantation which can be curative, but is not always available as it requires a healthy, closely-matched donor to reduce the risk of the donated immune cells attacking the recipient’s tissues.

Harrington Scholar Dr. Bacchetta and her team at Stanford are developing a novel treatment for IPEX syndrome via gene addition in T cells. Also known as “gene transfer approaches”, gene addition restores the missing function of a faulty or missing gene by adding a new gene to the affected cells in such a way that its expression mimics that in healthy Tregs.

The gene addition method of turning a patient's T cells into functional Tregs could become a landmark approach to controlling many immune-mediated diseases.

“The idea is to provide the functional Tregs IPEX patients are missing by inserting a normal FOXP3 gene into their T cells, then infusing those T cells back into the patient,” Dr. Bacchetta says. “The therapy we have developed uses the patient’s own T cells that, in the lab, have been genetically modified to constantly express the FOXP3 gene and are thereby converted into Treg cells. Because the cells come from the patients themselves, there will be fewer concerns about the need for immunosuppressive treatment aimed at stopping the body from rejecting the cells.”

Harrington’s role in advancing science to medicine for patients

Dr. Bacchetta and her team were guided with expert advice along the way from advisors in Harrington Discovery Institute’s Therapeutics Development Center.

“Harrington’s Therapeutic Development Center brings pharma know-how to the scholars in a very hands-on way,” said Jeff Klein, Project Manager. “As we do with each Scholar, we worked directly with Dr. Bacchetta, along with our experts, to determine what help was needed to advance toward clinical studies the product of her breakthrough work.”

In addition to the initial support by the Harrington Discovery Institute, the preclinical work and the clinical trial now open at Stanford are supported by the California Institute for Regenerative Medicine (CIRM) and by generous philanthropy to the Stanford Center for Definitive and Curative Medicine and the Lucile Packard Children’s Hospital. This therapeutic has received the Orphan Drug Designation and recently also received funding from the FDA/NIH grant system.

Dr. Bacchetta has received approval from the Food and Drug Administration (FDA) to test this approach in a Phase 1 clinical trial for patients suffering with IPEX syndrome (NCT05241444).

Phase I studies of a new drug are usually the first that involve humans. Although the treatment has been tested in lab and animal studies, the side effects in people can’t be known for sure. Phase I studies are conducted to find the highest dose of the new treatment that can be given safely without causing severe side effects. These studies also help to decide on the best way to give the new treatment.

Dr. Bacchetta’s work is an example of how Harrington Discovery Institute is helping patients living with rare disease – by advancing science to medicines in months and years, not decades, with the power of discovery, philanthropy, and business development.

The research in Dr. Bacchetta’s Stanford lab is focused on genetic autoimmune diseases, from understanding the pathogenesis of genetically determined autoimmunity and improving its diagnostics, to investigating novel cell and gene-editing based therapies to cure these diseases.

Following the completion of her pediatrics residency, Dr. Bacchetta received training in molecular and cellular immunology in France (UNICET, Lyon) and the United States (DNAX Research Institute of Molecular and Cellular Biology, Palo Alto). There, she was first exposed to the importance of integrating in-depth laboratory research with clinical observations to develop a translational research approach to science.

Dr. Bacchetta then worked for 15 years at Milan's San Raffaele Scientific Institute in the Telethon Institute for Gene Therapy (HSR-TIGET), where she focused on dissecting the genetic and immunological basis of primary immunodeficiencies with autoimmune manifestations that might be treated by gene therapy. The engineered Tregs that she is now testing in IPEX patients at Stanford, were initially established in her research lab at TIGET.

The Oxford-Harrington Centre is developing cures for rare diseases across the United Kingdom and the United States through a unique trans-Atlantic collaboration with the University of Oxford and Harrington Discovery Institute. Find out more about efforts to cure rare diseases. 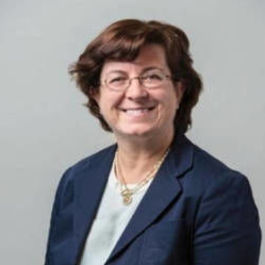