In 2012, the U.S. Food and Drug Administration approved the drug vismodegib to treat inoperable Basal Cell Carcinoma (BCC) tumors, which had previously been treated by radiation or surgery. Vismodegib is taken orally and works by inhibiting hedgehog molecular signaling pathways. Dr. Tang sees patients with advanced or non-resectable BCC or Gorlin syndrome who cannot use vismodegib, as many people cannot tolerate the side effects caused by taking cancer medicines orally. This motivated Dr. Tang to pursue developing a different treatment that also inhibits the hedgehog pathways of BCC, but that can be applied topically to the skin. 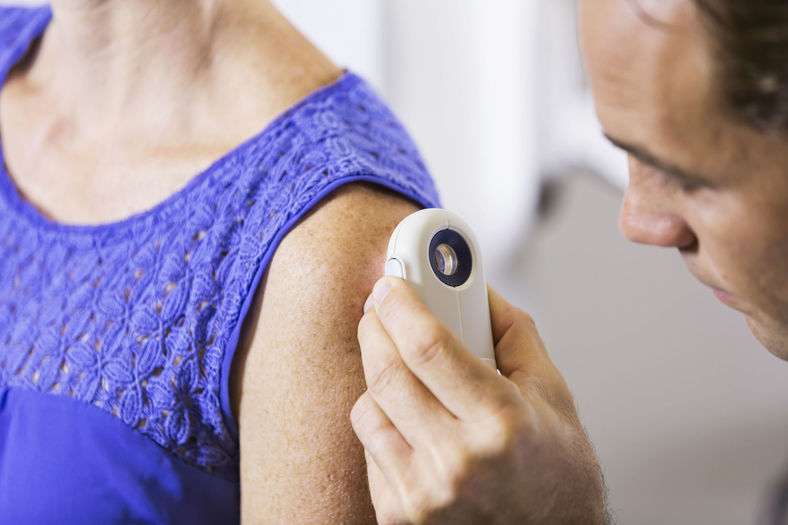 After receiving the Harrington Scholar-Innovator award in 2014, Dr. Tang began working with the anti-fungal drug itraconazole, which was also known to be effective at inhibiting the hedgehog molecular signaling pathways. Her idea was to find a new formulation of this drug that could be applied to the skin, and test it in proof of concept experiments with animal models of BCC.

Dr. Tang showed that the BCC tumors were prevented in mouse models of the disease when the animals were treated with her topical form of itraconazole. She published her proof of concept mouse trial experimental results in 2015 in the Journal of Clinical Oncology.

In parallel with the proof of concept work, Dr. Tang’s Harrington advisors had suggested that her idea to develop topical hedgehog pathway inhibitors would attract more interest from investors if she developed a novel new drug that worked in this way. Dr. Tang and her team subsequently developed and patented a New Chemical Entity (NCE) called patidegib, which is currently in phase 3 trials.

In 2018, Dr. Tang and colleagues attracted the investment partners needed to start the company PellePharm, a biotech company that targets rare dermatologic diseases, has licensed patidegib and is moving it forward through clinical trials. Through PellePharm, Dr. Tang continues to expand on the research she conducted with the Harrington scholar award she received.

Dr. Tang is hopeful that patidegib will be the first topical drug that is safe and efficacious for BCC prevention.

“The Harrington program is invaluable, not just because of the financial support of our research project, but the tutorial, the teaching, and the mentorship…Harrington really helped me communicate the clinical need from the patient’s perspective, the market, and basically gave me all the tools to start talking to investors.”