The Treatment of Heart Attacks: A Revolutionary Approach

The Treatment of Heart Attacks: A Revolutionary Approach 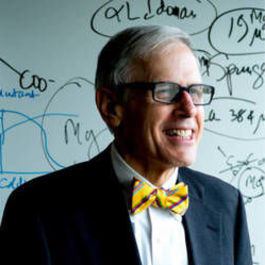 In 1970, after seeing a patient who’d had a stroke with an artificial heart valve at the New York University School of Medicine, Dr. Coller began to look into the role of platelets in strokes and heart attacks. He began studying under Marjorie Zucker, PhD, an internationally renowned platelet expert at NYU, thus beginning a lifelong research interest in studying the receptors responsible for platelet aggregation. By 2015, he had developed a pre-clinical molecule called RUC-4 in collaboration with Marta Filazola’s lab at Mount Sinai and Craig Thomas at the NIH. He showed that RUC-4 is a potent inhibitor of platelet aggregation that targets the αIIbβ3 receptor on platelets. Dr. Coller previously developed the drug abciximab with scientists at Centocor. Abciximab targets the same receptor and is effective in reducing the mortality and morbidity of procedures to open up coronary arteries with balloon angioplasty and stenting. Abciximab and other drugs in the same category are administered by intravenous bolus injection and subsequent continuous intravenous infusions, making them difficult to administer prehospital. As a result, Dr. Coller designed RUC-4 so that it could be given as a single intramuscular injection, making it much easier to administer prehospital as treatment for a heart attack.

After receiving the Harrington Scholar-Innovator grant in 2015, Dr. Coller’s Harrington Therapeutics Development Center experts provided critical advice on how to go about administering the drug in an ambulance, and suggested that he switch from intramuscular to subcutaneous delivery. He then conducted a successful pre-clinical study in non-human primates, which enabled an application to the FDA for a human clinical study.

After the pre-clinical work Dr. Coller performed during his term with Harrington, RUC-4 was licensed by Rockefeller University to CeleCor Therapeutics, which has worked with Dr. Coller on further development. The drug progressed through IND to a phase 1 study in healthy volunteers and patients with stable coronary artery disease who are taking aspirin. RUC-4 now has the generic name zalunfiban.

After the phase 1 study, RUC-4 progressed to a phase 2A study in patients with ST segment elevation and myocardial infarction (STEMI), and has recently begun a phase 2B ambulance-based study to evaluate its safety and potential efficacy as a prehospital treatment for STEMI patients. Simultaneously, there are plans to develop RUC-4 for delivery by autoinjector in anticipation of the potential for self-administration in patients having a heart attack.

“The Harrington program is fantastic. It gives academic investigators an opportunity to
really learn a lot more about the real drug development issues—things that academics have relatively little connection to.”